Artificial intelligence (AI) is once again a buzzword these days. It seems impossible to be moderate about this topic. Instead we have sees one hype cycle after another and in between AI winters in the last decades.

You can argue a lot what "intelligence" means. Then you can proceed arguing what is artificial and natural intelligence. If you understand "artificial" as "man-made" instead of "digital" then we already live among AIs for a long time. They have personal rights. They have a home address. They pay taxes. They are "companies".

Now, do companies exhibit "intelligence"? They are certainly capable of intelligent behavior thanks to lots of humans working inside them. On the other hand, how would we let a company as a whole play the Turing Test? Until we have an answer to that, we can only observe the normal behavior of a person and decide if it behaves intelligently or not. Pets can also legally be persons although we do not consider them intelligent even without them failing a Turing Test. So here is my alternative intelligence test: We need to know the purpose of a being and check if it fulfills its purpose in a smart ways. For example, a pet might want to get food. We see that rats capable of more tricks than cats, so the test says they are more intelligent.

Purposes are deduced from behavior, not from rhetoric or stated goals. – Donella H. Meadows, Thinking in Systems

Ask a CEO how easy it is to change a company. Many orders from the top will disappear on their way through the ranks. The low-ranked masses usually wonder why their company fails to do the obvious. Zuckerberg announced "The future is private." I believe he really means it. His problem is that Facebook as a system does not care much because its purpose is a different one. So here is a human arguing with an AI: 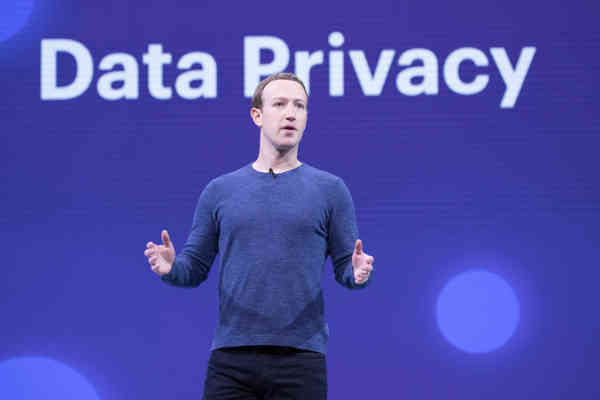 This paradox behavior is similar to how humans behave. We want to believe our brains are in control but change is not so easy. Just ask somebody who wants to lose weight or stop smoking. Do you exercise enough, eat healthy, sleep enough, and floss your teeth? Our gut is more in control of our behavior than our brains. In a case of emergency, your brain is shut down and more animalistic behavior patterns are executed without supervision. For example, a fight-or-flight decision.

I like the systems thinking approach above because it acknowledges the complexity of beings. Similar to the Facebook example, would be this statement:

The hospital is an emergent system that has the property of patient-healing, but I’d be surprised if any one part of it does. – Scott Alexander, Medicine, As Not Seen On TV

Companies are capable of outsmarting humans as seen in advertising or legal disputes. Thus they are on the same level of intelligence as humans (though both have a high variance).

I do not accept the counter argument that humans control a company, thus it is not intelligent on its own. Facebook is supposedly controlled by Mark Zuckerberg? Who else would be responsible for it? Now comes the actually challenging idea: Is a company really controlled by its CEO? Maybe that is something we just want to be true because the alternative would be creepy? Maybe we just rationalize our illusion that companies are controlled by humans. The alternative view is that we created beings with an intelligence of their own. This is not a falsifiable thesis but a question of definition.

Charlie Stross makes in his keynote speech at the 34th Chaos Communication Congress in Leipzig, December 2017.

Robert Miles made a Youtube video discussing 'Think of AGI Like a Corporation?'. He agrees with me and argues in addition that corporations are still not a way to achieve superintelligence. Also, they are slow.

Discussion on lobste.rs. They bring up the Chinese room.

Depending on the definition of intelligence, companies are intelligent beings.